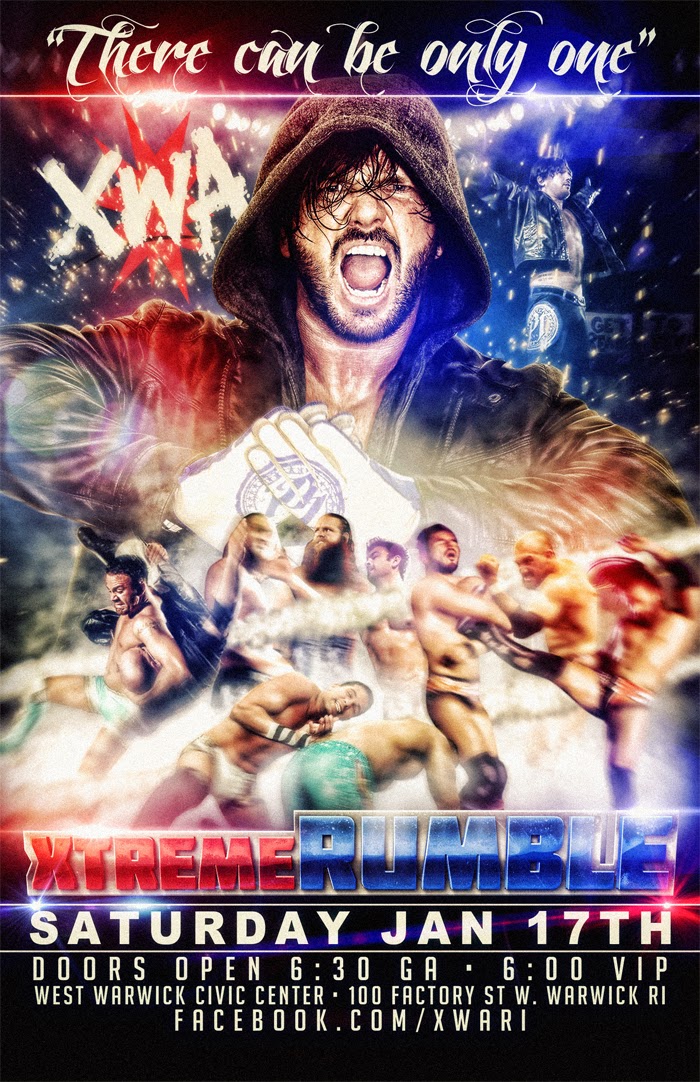 Witness history as the XWA celebrated their 15th year Anniversary at the Xtreme Rumble '15!!  Wasn't able to catch it live?  Fear not, you can now order the DVD!!

The debut of AJ Styles as he finally squares off with Jason Blade - 7 years in the making.  Voted one of AJ Styles best independent matche!

JT Dunn and Paul London go for round 3 to see who will face Tommaso Ciampa for the XWA title.  This would later turn into a triple threat match between the 3 that had everyone buzzing.  Incredible action as all 3 men left everything they had in the ring

Former WWE tag teams duke it out as The Spirit Squad face The Heart Throbs in this unforgettable showdown.

Biff Busick and Trevor Lee literally tear down the bldg as Busick welcomes Lee to XWA.  Watch for yourselves what everyone was raving about!

The 30 men Xtreme Rumble.  Our Rumbles have history of surprise entrants and this year would be no different as Carlito and Snitsky both make surprise entrants!  Witness the epic stare down between Snitsky and Warbeard Hanson!  Also, from WWE's Extreme Rules PPV.... WEE-B-L!!

You will also see the very controversial and shocking conclusion as Ring of Honor's Bobby Cruise orchestrated a hostile takeover of the event by aligning Warbeard Hanson, Brutal Bob Evans and The Kingdom members Matt Taven and Mike Bennett.  The faction would brutally halt the event claiming they are appalled at both the event and XWA's very existence.  This was only the beginning.

Witness what everyone is buzzing about and own a copy of XWA's Xtreme Rumble '15!